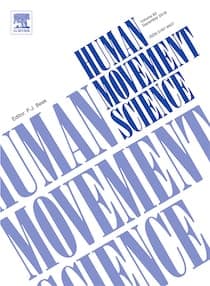 A Journal Devoted to Pure and Applied Research on Human Movement

Gaze of elite (E) and rookie (R) officers were analyzed as they faced a potentially lethal encounter that required use of a handgun, or inhibition of the shot when a cell phone was drawn. The E shot more accurately than the R (E 74.60%; R 53.80%) and made fewer decisions errors in the cell condition when 18.50% of E and 61.50% of R fired at the assailant. E and R did not differ in duration of the draw/aim/fire phases, but the R’s motor onsets were later, during the final second compared to the E’s final 2.5 s. Across the final six fixations the E increased the percent of fixations on the assailant’s weapon/cell to 71% and to 86% on hits, compared to a high of 34% for the R. Before firing, the R made a rapid saccade to their own weapon on 84% of trials leading to a failure to fixate the assailant on 50% of trials as they fired. Compared to the R, the E had a longer quiet eye duration on the assailant’s weapon/cell prior to firing. The results provide new insights into officer weapon focus, firearms training and the role of optimal gaze control when under extreme pressure.