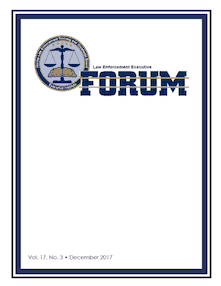 Selective attention, commonly referred to in law enforcement as tunnel vision and tunnel hearing, plays a very significant role in an officer’s perception, performance, and memory in a high stress encounter. An aspect of this phenomenon that the Force Science Research Center (FSRC) at Minnesota State University, Mankato, is interested in researching is the officer’s attentional responses and the impact of that on the ability of an officer to effectively multi-task—particularly in a life and death encounter. Clinical investigation has informed us that the emotional response of an officer has a high degree of relevance on the officer’s attention and then on the ability of an officer to both engage in life-saving behavior and simultaneously give meaningful and relevant commands in an attempt to control a threatening subject. The observations have also led us to hypothesize that the more an officer perceives that he or she has control of a situation, the more he or she is capable of giving relevant, meaningful commands. The less control he or she perceives that he or she has over a situation and the more threatening the situation is, the less relevant and meaningful the officer’s commands are as his or her attention becomes focused on the need to engage in life-saving action to stop the threat. This article is the first in a series that FSRC will present as this phenomenon is explored and the most effective types of responses and the most effective commands for officers in high stress, life-threatening encounters are sought.

READ FULL ARTICLE
Previous PostWhat The New Study Of Shootings Of Unarmed Suspects Means To You (Part 2)Next PostIs The “Triangle Of Death” Real?